Persian Jeweled Rice is a rich and textured dish. The variety of ingredients combined with a generous helping of pungent dried spices make this rice a favorite at family gatherings. If you haven’t had a chance to try this one out a restaurant or a friend’s house and the dish is unfamiliar to you, we […] 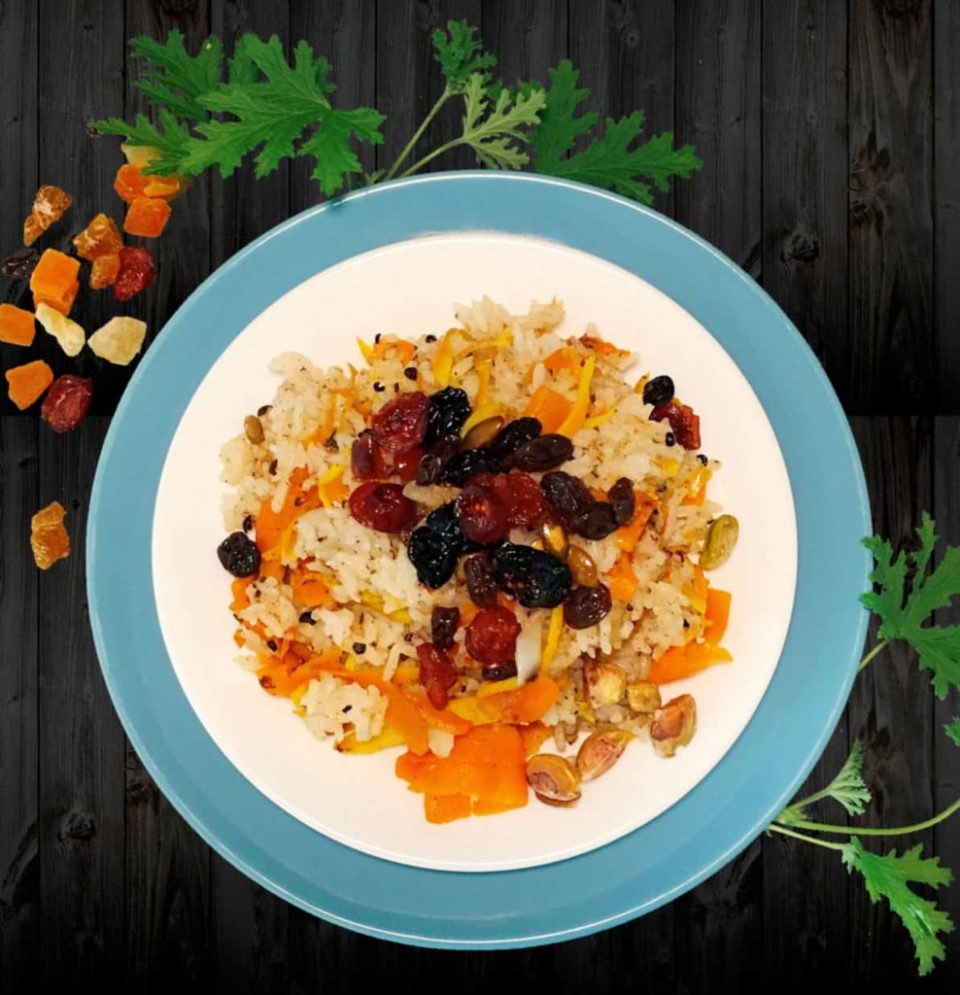 Persian Jeweled Rice is a rich and textured dish. The variety of ingredients combined with a generous helping of pungent dried spices make this rice a favorite at family gatherings.

If you haven’t had a chance to try this one out a restaurant or a friend’s house and the dish is unfamiliar to you, we highly recommend you set aside an evening to cook it! It is well worth the preparation time!

Chefs up for some experimentation might take a stab at buying whole spices and grinding them just before it becomes time to add them to the rice. 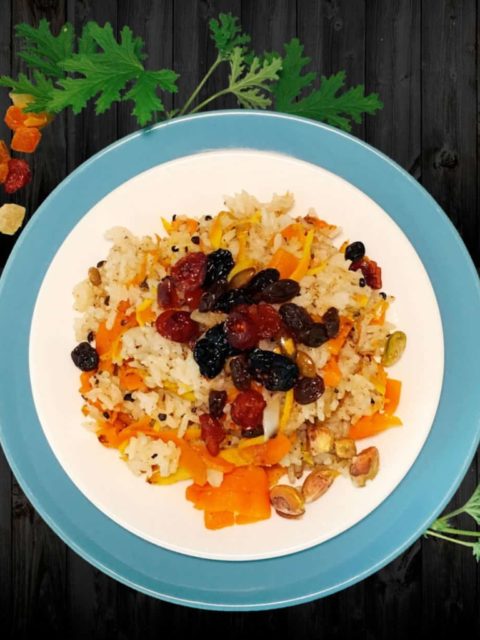 Let’s get started by preheating your oven to 350 degrees. Toast the pistachios on a baking sheet till they turn slightly brown, which should normally take around 4 minutes. Proceed to cutting up the baked pistachios; the pieces don’t have to be neat. Bake the almonds in a similar manner, and in around 5-8 minutes they should take on a nice golden brown color. Place these nuts in a plate and store them for later use.

Next, you’ll be rinsing the rice. Add them to a sieve and run water over them till the outgoing water is clear. Boil the rice in a pot for an estimated 6 minutes. The added moisture helps increase the size of the rice grains. Place the rice on a baking sheet and allow the grains to cool down. Make sure they’re spread out evenly across the surface.

Zest the orange using a peeler, and then cut it vertically into thin, even slices. Save the zest for later use. Meanwhile, dissolve the sugar in a cup of water by boiling and stirring. Once the sugar has dissolved, add the zest from the orange along with the carrots into the water for 15-20 minutes. Stir every now and then to speed up the process and allow the carrots to absorb the flavor. Once done, drain the water and store the zest and carrots for later use.

Add the saffron and ¼ cup of hot water in one and leave it to rest.

Add the butter and 1 tbsp. oil in a large pan and heat it. Add the onion to the pan and keep stirring till they start to become brown. Next, add the cardamom, cumin, turmeric, and 1 tablespoon of the saffron mixture you prepared earlier, and stir for around a minute.

Add the leftover oil, which should be 3 tbsp. to a large cooking pot. Separate the rice you have on the baking sheet into two equal portions. Spread one of those portions across the surface of the cooking pot evenly. After that, add the barberries, raisins, nut and carrot mixture you just prepared, and spread in evenly over the first layer of rice. Spread the remaining portion of rice over this in a similar fashion.

Poke a few holes in the rice. Make sure they aren’t too small and go all the way to the bottom. This ensures all the rice steams well and no places are left uncooked. 5 or 6 holes should be enough.

Now you need to add the remaining saffron mixture over the rice. Just lightly sprinkle it all over the rice. After you’re done, you can cover the pot and get ready to give the rice a final cooking. Get a clean towel or thick cloth and cover the pot. Close the pot with its lid and make sure it is tight so that too much steam doesn’t escape during the cooking process.

Heat the pot over medium heat till it begins to let some steam out. Reduce the flame to low and then cook for an est. 30-40 minutes by the time which your jeweled rice should be ready.

Transfer the cooked rice into a large serving container. It is preferable if the container is made of glass as that way the colors of the jeweled rice are much more visible and appealing to the eyes, but not necessary.

Finally, your Persian Jeweled Rice is now ready to be served!

The fruit and nut mixture can be made at most 2 days ahead. This can be a big help if you're preparing the dish for a party or family gathering.